Skip to main content
arrow_back
Home / Blog / What is Cal-Cobra?

What is Federal COBRA?

The state of California has the Cal-COBRA which directly applies to employers and group health plans that range from two to nineteen employees. It also covers an employee in an organization with twenty or more employees when the individual has exhausted the time available from the federal COBRA.an employer must have the group health insurance policy in force with two to nineteen employees covered on at least half of its working day during the previous year. Cal-COBRA covers HMOs, PPOs, and church plans (healthcare sharing ministry) but do not cover self-insured plans. Cal-COBRA provides healthcare coverage for up to three years. If it happens that an individual has already benefited from the federal COBRA, then the Cal-COBRA period is reduced to eighteen months.

Who pays for Cal-COBRA?

How do I prepare to use Cal-COBRA?

There are certain qualifications that may make an individual or his/her dependents eligible to partake of the COBRAs. At the instance of such an event, it is the duty of the insurance holder to contact the coverage provider in the event of the termination of appointment, an eligible status for Medicare, the dependent of a plan becomes ineligible, and so on.

The insurance holder will then initiate the process to get you a COBRA coverage which is mandated to have no gap between the prior coverage and the emergency coverage period.

The Cal-COBRA and COBRA coverage programs are both designed to provide the necessary assistance to a citizen and other individuals in the case of a group plan where the cover for healthcare has been lost by an event. Many insurance companies quote that if an individual eligible for Cal-COBRA fails to register for the program within two months, then the holder is disqualified from receiving any Cal-COBRA coverage of any kind. The only way this may be waived is when the individual is already a participant in the federal COBRA plan. 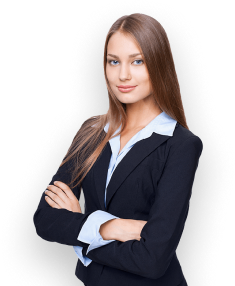